A scholar of Hebrew language and literature, the history of biblical lands, and Jewish and early Christian culture, Ken Hanson, Ph.D., teaches Judaic Studies at the University of Central Florida in Orlando. Passionate about his research of the ancient world, Dr. Hanson first found his calling while he was a young undergraduate student. Acquiescing to his intellectual curiosity about western culture, he decided to travel back to "the root of it all," the Cradle of Civilization, the ancient Near East.

Having never before been out of the continental United States, he boarded a plane for the Middle East and found himself living and studying on Jerusalem's Mt. Zion. Becoming fluent in Hebrew, he then earned a Master's Degree in international/inter-cultural communication and television, and subsequently worked for a television news gathering operation in southern Lebanon. He lived in a politically volatile region of northern Galilee (an area subject to rocket attacks), and daily commuted over a hostile border where, in addition to his broadcasting duties, he served as company liaison with the Israeli Defense Force.

Having encountered terrorism face-to-face in his work as a broadcaster, Ken gained valuable insight into today's Middle East conflict. Turning his talents to other endeavors, he went on to teach Hebrew to international groups of volunteer workers at Kibbutz Ga'aton in western Galilee.

What began for Ken as a few months of language study also led to a trip to Jerusalem's Israel Museum, to a special annex built to house the Dead Sea Scrolls. Realizing that his study of Hebrew enabled him to read the ancient texts, he was amazed to realize how little the Hebrew language has changed in two millennia. Having acquired the key to unlocking the Dead Sea Scrolls, he resolved to pursue his doctoral studies in that field.

A natural storyteller, Dr. Hanson has, through his books, media appearances, and many articles, made a rich treasure of ancient texts accessible to everyone. Believing that such documents comprise a metaphysical library that we can use to better understand one another, Dr. Hanson carries his ecumenical message beyond the scholarly boundaries in which they were once held captive. His appearances on syndicated radio and national television (History Channel/ Travel Channel), have brought ancient insight into everyone's world.

In 1997 Dr. Hanson was honored with a fully-funded scholarship by the Holocaust Memorial Center of Maitland, Florida to study at the International School for Holocaust Studies at Yad Vashem in Jerusalem. A recipient of wide accolade from the print media and in great demand as a popular lecturer, Ken is a frequent guest on radio and TV talk shows in various parts of the country. 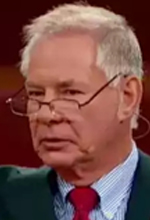 Ron Wexler is the principal owner of Heritage Study Programs, Inc., an educational organization (established in 1984) based in Florida and Israel. Ron is also the director of the Poland Jewish Heritage Peoplehood Program for Jewish Life & Culture. In addition to being the brainchild and president of the Judeo-Christian D.C. initiative—Ten Commandments Commission, a non-profit organization 501(c) formed in the spring of 2005.

Ron was born and educated in Israel, and has served in the Israel Defense Force during the Six-Day War of 1967 and the Yom Kippur War of 1973. His Yeshiva studies (Rabbinical School), and later on his research work on early Christianity, provided him with a unique perspective on Jewish and Christian issues. He is internationally known for his extensive projects and teachings that promote unity and reconciliation among Jews and Gentiles.

Ron produces special thematic events and productions associated with the Judeo-Christian calendar. These events include biblical re-enactments (dramas) performed on location in Israel. In 1994, Ron produced and reinstated the Feast of Pentecost celebrations which are now official annual events supported by the Municipality of Jerusalem and the Government of Israel Tourist Office.

His vision of unity, harmony, and reconciliation among Jews and Gentiles has received the blessings of the international religious community. Through Ron's efforts, thousands have been touched with a new appreciation, respect, and tolerance for the differences in the way people observe their faiths. 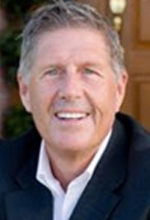 A Pastor for over 30 years with his wife D’anae of 39 years. He is currently the Pastor of Development and Strategic Partnerships for Central Life Church in Melbourne, FL. Randy first traveled to Israel in 2001 and became an advocate for the land of Israel and the Jewish people. He regularly hosts tours to Israel. He became a BFP-USA Board member in 2004. He has served as President of the International Ministerial Fellowship representing over 1300 Christian Leaders worldwide. He holds a Doctor of Divinity degree from Masters International University of Divinity and is a graduate of BFP Institute of Israel. He is also a Certified Coach, Trainer, and Speaker for the John Maxwell Team, and regularly works with business professionals in leadership development. He and D’anae have two adult children who serve in full-time vocational ministry, and two grandchildren.